joined the music faculty at Los Angeles Valley College in Fall 2000. He teaches a variety of classes, including Jazz and Commercial Harmony, Arranging, Electronic Music, Music Notation, Music as a Business, Film Scoring, Jazz Appreciation, Songwriting, and Fundamentals of Music, and directs the Jazz Combos Workshop.

From 2007-2010, he chaired the committee to reassess the Commercial Music Program at LAVC. His efforts produced a complete overhaul of the AA degree in Commercial Music and the various certificates offered in the Department of Music. Prior to his tenure at LAVC, Mr. Kahn served on the faculty of the California State University at Los Angeles from 1992 to 2000. 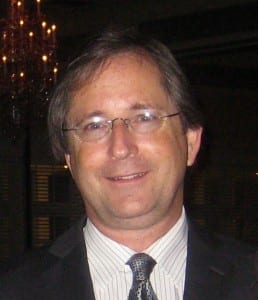 At LAVC, Richard Kahn is an Apple Award winner and has been nominated for a district-wide award for Excellence in Workforce Development, in the category of Innovative Integration of Academic and Technical Skills.

His recent textbook “Fundamentals of Music, a Modern Approach” offers streamlined training in traditional, commercial, and jazz basics. Published by educational publishing giant Kendall-Hunt, the text is primarily designed as a renewable workbook for college-level courses in music and seamlessly bridges the gap between traditional classical pedagogy with the language and techniques of modern popular music. It offers visual learning tools, flash cards, group activities, games, and includes a lengthy glossary.

Richard Kahn has written, submitted, and received many grants through the VTEA committee for Career Education and Technology. He conceived, funded, and implemented the new Interactive Media Lab, in which he teaches Finale, ProTools, Logic, Garageband, iMovie, and iPhoto.

He regularly performs in the LAVC Recital Series as a solo pianist and with his jazz trio. He has chaired many committees, including the Commercial Music Advisory Board, the CTE Student Learning Outcomes Assessment Committee, several faculty evaluation committees, and has served on the large and small Building User Groups and the Media Arts Architectural Committee.

He has represented LAVC as a panelist and presenter at the annual meeting of the Music Association of California Community Colleges, at which he has lectured on The Design, Implementation and Sustenance of Successful Commercial Music Curricula and, most recently, How to Teach Music As a Business.

At the University of North Texas, Richard Kahn received the Fred Crane Memorial Scholarship for Jazz Piano Performance and performed in the Zebras Contemporary Ensemble (five synthesizers, rhythm section, and vocalists). He was the pianist in the 3:00 big band under the direction of Jazz Studies Chair, Neil Slater.

He composed and arranged over ten pieces for jazz big band, trombone ensemble, and various small groups. Although he is fluent in Finale music notation software, the body of North Texas works is all handwritten. His expertise in music technology afforded him the opportunity to exchange skills with faculty member, pianist, composer, and theorist Dan Haerle. He performed regularly in Dallas, Fort Worth, and Denton.

While at CSULA, Richard Kahn completed his Master of Arts in Jazz Studies and Arranging, having transferred from North Texas. His Master’s recital was formatted as a “Lecture Recital”, during which he lectured and then performed several solo piano pieces in the style of the original composer. He then lectured on the integration of modern studio technology and its place in the music industry. He also performed two original jazz pieces using an 88-key keyboard controller, synchronized to tape and an Atari computer.

At CSULA, Richard Kahn also taught classes in Jazz Piano, Electronic Music, Recording Arts, Fundamentals of Music, and the Creative Experience and directed the small jazz ensemble. Along with jazz vocalist and director Pat Bass, he served as co-director and pianist for the Jazz Vocal Ensemble.

He served on the faculty of the California State University in Los Angeles from 1992 to 2000. While at CSULA, he collaborated with faculty from Art, Theater, and Dance to create a text for the interdisciplinary course, “The Creative Experience.” Along with Director of Jazz Studies Jeff Benedict and Department Chair David Caffey, he assisted in the creation of the nation’s first Master’s Degree in Commercial Music.

At Washburn University, Richard Kahn received his Bachelor of Arts in Music, as well as numerous scholarships as a classical piano performance major.

He performed in state and regional competitions and in Honors recitals and accompanied dozens of soloists. His final recital at Washburn consisted of pieces by Aram Khatchaturian (Concerto in Db), Maurice Ravel (Le Tombeau de Couperin), Samuel Barber (Sonata for Piano), and Paul Hindemith (Sonata for Flute and Piano). In addition, he ranked third in a university-wide academic competition and was offered a full scholarship to the Washburn University School of Business.

Locally, he was the house pianist for Governor John Carlin and bandleader for the Topeka Country Club, Theodore’s Supper Club, the Benz Bar and Grill, the Loft, and the Karl Menninger Foundation.

Richard Kahn is a seasoned pianist, songwriter, music technologist, and music producer. He actively markets both physical and downloadable products through iTunes and his online store “The Bandwich” and is an Amazon Affiliate Seller.

His website “www.richardkahnmusic.com” contains recordings of original music in an array of styles, his biography, a blog, photos of concerts, textbooks, and links to the LAVC Music Department website. His recordings “Richard Kahn at the Piano” and “Jazz 88ist” continue to sell worldwide and are currently available through CDBaby. His most recent recording, “The EV Six,” a collaborative effort between the LAVC and ELAC jazz faculty, is available from Concourse Music.

As a solo pianist, Richard Kahn has been booked in virtually every live public venue in Los Angeles and Beverly Hills. He has performed for the Emperor of Japan, the Sultan of Brunei, the Prime Minister of Israel, the President of the Philippines, the Prime Minister of Romania, and countless officials of the United States government. He has entertained at the homes and affairs of hundreds of film and television industry figures, as well as significant contributors in the worlds of art, music, theater, dance, and sports.

As a soloist and with his acclaimed jazz trio, he has been a popular fixture at the Four Seasons, Regent-Beverly Wilshire, Peninsula, and Ritz-Carlton hotels, as well as the Los Angeles Country Club, the Brentwood Country Club, and the Annandale Golf Club.

Prior to moving to Los Angeles in 1987, Richard Kahn spent the better part of a year on the M.S. Celebration as a pianist in the Red Hot Piano Lounge and as a member of the orchestra. He wrote arrangements for the orchestra as well as for visiting artists, including vocalist Rina Berti and the Amazing Koorish Brothers.